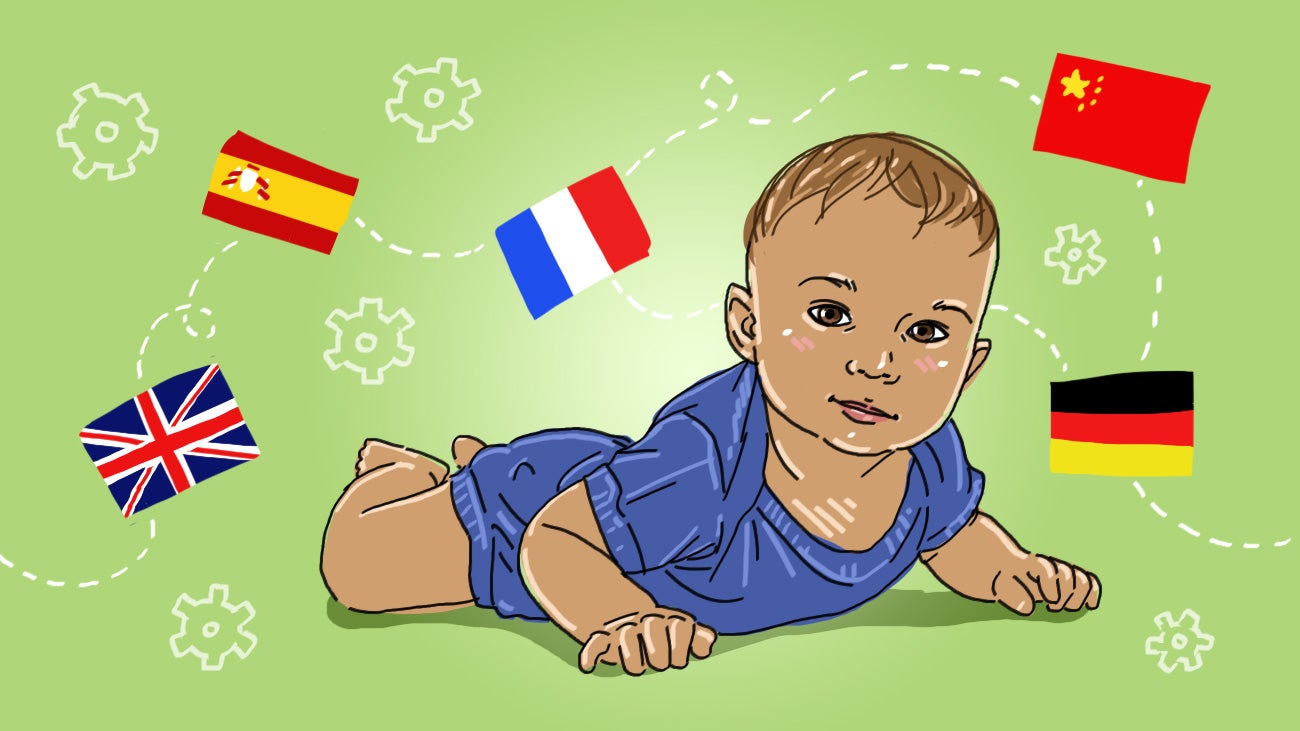 Learning new languages is a natural instinct for children, and yet it becomes more difficult as we age. We might be at a disadvantage as adults, but with a few learning methods, you can still give yourself the best chance for learning a new language.

I've been attempting to learn French for a while now, and it's a slow process. It's all much harder this time around than it was to learn English, my first language. All this effort made me wonder if there were some tricks to learning a foreign language that I'd been missing. It turns out, it's just a tricky thing to do once you're an adult.

How We Learn Language

Learning language is something we're born to do. it's an instinct we have, which is proven, asone research paper says, just by observation:

To believe that special biological adaptations are a requirement, it is enough to notice that all the children but none of the dogs and cats in the house acquire language.

As children, we learn to think, learn to communicate and intuitively pick up an understanding of grammar rules in our mother tongue, or native language. From then on, we learn all new languages in relation to the one we first knew—the one that we used to understand the world around us for the first time ever.

Although language is something we learn, research has shown that the instinct to do so is present from birth. Not only are we inclined to process and adopt language, but it seems that the human brain has common linguistic constraints, regardless of the language we've learned. Certain syllables, which aren't common in any language, are difficult for the brain to process, even in newborns who haven't started learning any language yet.

When it comes to learning a second language, adults are at a disadvantage. As we age, ourbrain's plasticity (its ability to create new neurons and synapses) is reduced. Following brain damage that causes a loss of speech, for instance, researchers have observed that children aremore likely to regain the power of speech, by creating new pathways in the brain to replace the damaged ones.

One theory of why learning a foreign language is so hard for adults focuses more on the process we go through to do so, rather than the loss of plasticity. Robert Bley-Vroman explains inLinguistic Perspectives on Second Language Acquisition that adults approach learning a new language with an adult problem-solving process, rather than in the same way a child develops language for the first time.

Although this means adults generally progress through the early stages of learning a language faster than children, people who are exposed to a foreign language first during childhoodusually achieve a higher proficiency than those who start out as adults.

There's still hope, though. A study of secondary language pronunciation found that some learners who started as adults scored as well as native speakers. It's also been shown thatmotivation to learn can improve proficiency, so if you really want to learn a language, it's not necessarily too late.

How to Successfully Learn a New Language This Year

Until the age of 21, I had several New Year's resolutions to learn Spanish that never panned…Read more

Give Yourself the Best Chance

If you want to put in the effort to learn a new language, try these methods that are known for improving learning and memory.

Spaced repetition is a proven memory technique that helps you keep what you've learned strong in your mind. The way it works is you review each word or phrase you've learned in spaced intervals. Initially the intervals will be smaller: you might review a new word a few times in one practice session, and then again the next day. Once you know it well you'll be able to leave days or weeks between revisiting without forgetting it.

Here's a diagram that shows how the "forgetting curve" drops less dramatically with each new repetition: 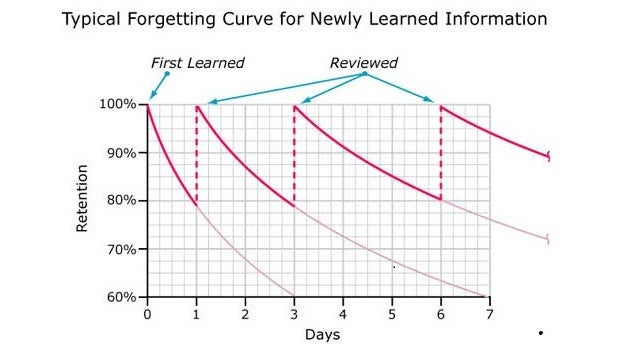 I like using Duolingo for vocabulary and phrase practice because it takes care of spaced repetition for me. The app keeps track of which words I haven't practiced for a while and reminds me to strengthen my understanding of those. During each lesson, it mixes up familiar and new words to space out the repetition.

Learn Before You Sleep

One of the many benefits we get from sleep is that it helps to clear out the brain's "inbox" – the temporary storage of new information and memories from our time awake. We need sleep (evenjust a nap) to move anything we've recently learned into our brain's long term storage. Once it's safely stored, spaced repetition will help to strengthen the connection so we can recall the information faster and more accurately.

Although most language learning classes and progams focus on purely learning the language, a study of high school students studying French found that when they studied another subject taught in French instead of a class purely to teach French, the students tested better for listening and were more motivated to learn. Students in the standard French class scored better on reading and writing tests, so both methods clearly have merit.

Once you've mastered the basics of a new language, try including some content on a topic you're interested in to improve your understanding. You could have conversations with friends learning the same language, read articles online or listen to a podcast to test your comprehension.

If you're busy, you might be tempted to put off your studying and cram in a big chunk of learning once every week or two. However, studying a little every day is actually more effective. Because your brain's "inbox" has limited space and only sleep can clear it out, you'll hit the limit of how much you can take in pretty quickly if you study for hours at a time.

Studying in small chunks every day combines spaced repetition with the best use of the brain's temporary storage.

The brain craves novelty but attempting to learn lots of new words or phrases at once can be overwhelming. Novel concepts work best when they're mixed in with familiar information.

When you add new words to your vocabulary, try spacing them in-between words you're already familiar with so they'll stand out—your brain will latch onto them more easily.